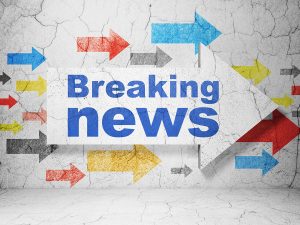 Blue Cross Blue Shield of North Carolina announced today that they will be offering individual health insurance plans on the federal Marketplace for 2017!  This is good news for North Carolina residents and comes as a sigh of relief for consumers in the wake of Aetna’s announcement earlier this summer that they would no longer be participating in the ACA in NC.  Aetna was the second major health insurance company to pull out of the Market, following United Healthcare’s similar announcement in April.

Blue Cross Blue Shield of NC’s decision to participate in the Marketplace reaffirms the North Carolina-based company’s commitment to providing quality, sustainable health insurance to the residents of North Carolina.

For 2017, BCBSNC will be the only health insurance company offering Affordable Care Act (ACA) plans in all 100 counties of North Carolina, meaning the company will absorb over 250,000 more customers than originally anticipated.  In light of this news, Blue Cross Blue Shield NC announced they will be revising their initial rate filings, with new rates being public sometime in October.

Over the past two years, Blue Cross Blue Shield of North Carolina has weathered Marketplace changes, reporting $405 million in losses on Affordable Care Act plans alone. These losses have played a major role in BCBSNC’s debate over whether to participate this coming year in the ACA and similar losses are what Aetna and United Healthcare cited as their reasons for exiting the market in 2016.  Blue Cross Blue Shield of North Carolina reiterated today that they are “doing everything [they] can to make the ACA work for North Carolina.”  Without Blue Cross Blue Shield NC’s participation in the Marketplace, 600,000 residents of NC would be at risk of losing their coverage, which is not something the company was willing to risk.  “This is our home too,” says Brad Wilson in an article released by BCBSNC earlier today, “and it’s important that our families, friends and neighbors – our customer – have access to the coverage they need.”

For more information on North Carolina insurance coverage, please visit our website at www.nchealthplans.com or call our toll free number 888-765-5400 and speak with one of our experienced and professional agents.

This entry was posted on Thursday, September 22nd, 2016 at 12:18 pm and is filed under Affordable Care Act (ACA), BCBSNC Insurance. You can follow any responses to this entry through the RSS 2.0 feed. Both comments and pings are currently closed.