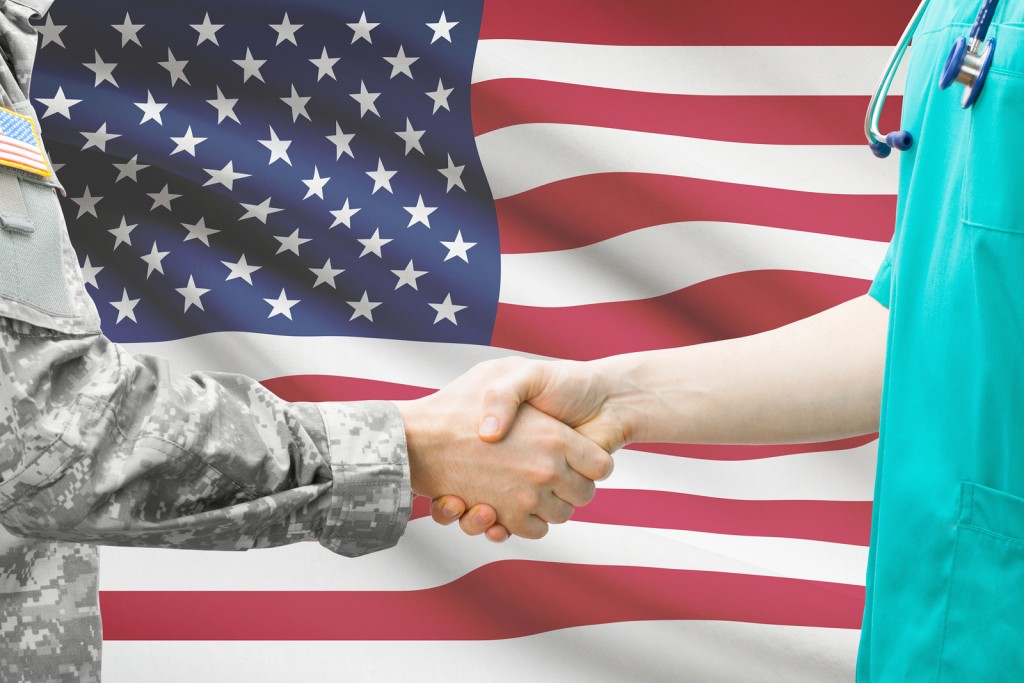 Blue Cross Blue Shield of North Carolina has been providing coverage to the residents of North Carolina for over 75 years, including many former service members and their families.  In honor of those service men and women, NC HealthPlans would like to wish you a happy Veterans Day. Whether you are active duty or retired, stationed home or abroad, a military member or one of the spouses and children who provide stability and support, we want to offer our heartfelt thanks!  Having myself been married to a United States Marine for almost twenty years now, I am personally grateful for anyone who has ever served and understand the sacrifice it takes to do one of the hardest jobs in the country.

Honestly, even as the spouse of a military member, it is easy for me to take for granted the fact that I go to work, drive my children to school, take my daughter shopping and sleep every night under a blanket of freedom that is provided by real people sacrificing real time in order to keep our country safe and secure.  Veterans Day is a day to consciously consider those people who are “on the wall,” so to speak, and to honor them for their service to our nation.

Unlike Memorial Day, which is day set aside to honor the men and women who gave their lives in service to our country, Veterans Day is a day our nation honors anyone who has served in the United States military. Originally called Armistice Day because of the fact that Germany signed an armistice with Allied forces marking the end of World War I on November 11, 1918, President Woodrow Wilson declared this day a holiday in 1919 and it became known as Veterans Day in 1954.  President Wilson’s primary intention in declaring Veterans Day a holiday was to set aside a time to reflect on the sacrifices of those who had served in the military during WWI.  Over time, however, the holiday has served as a way to honor anyone who has ever served as a U.S military member.

Veterans Day is always on November 11th, but may be observed on other days due to the fact that it is a federal holiday.  Most federal workers, including members of the Armed Forces, are given the day off and there is no mail service in the United States on Veterans Day.  Children also typically have the day off school and many federal workers who do have to work are given additional compensation.  President Wilson’s primary intention in declaring Veterans Day a holiday was to set aside a time to reflect on and remember the sacrifices of those who had served in the military during WWI.  Over time, however, the holiday has served as a way to honor anyone who has ever served as a U.S military member.

Being in an industry that is all about having coverage when it counts, I am thankful to the  members of our Armed Forces who are prepared to provide protection when we need it most.  This Veterans Day, take a minute to find a soldier, airman, marine or sailor and let him or her know how much you truly appreciate the service!

For more information on Blue Cross Blue Shield of North Carolina insurance coverage, the Marketplace and healthcare gov to apply for your subsidy, please visit our website at www.nchealthplans.com or call our toll free number 888*765-5400 and speak with one of our experienced and professional agents.  Let us help you navigate through the Health Care Reform changes in accordance with the new regulations of The Affordable Care Act, also known as Obama care.

This entry was posted on Wednesday, November 11th, 2015 at 8:48 am and is filed under BCBSNC Insurance. You can follow any responses to this entry through the RSS 2.0 feed. You can leave a response, or trackback from your own site.